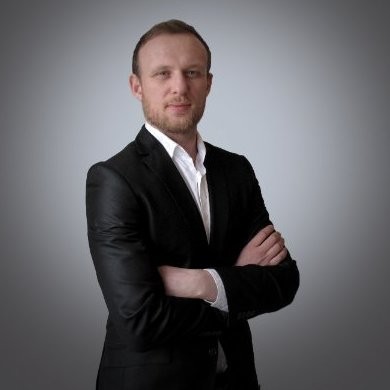 Mashable went to the Sundance Film Festival in January to try out the new VR film demos. They were clearly unimpressed by a couple of technical glitches so they came out with “11 reasons virtual reality films are still a pretty terrible experience”.

Now it’s time for us to disagree. Some people just don’t realize how impactful this technology will be and how obvious it is that the game is changing- for real this time. Sure, not all VR entertainment and film content is glitch-proof, and some people still feel weird about the idea of watching films on a headset. However, the glitches are clearing up every day and mobile VR is on its way to becoming the norm. As the popularity of these devices grow, so will improved content and a better viewing experience.

IMAX announced that it is partnering with Google and Starbreeze, a Swedish VR development company, to launch at least 6 VR theatres across the globe. By doing this, Virtual Reality will gain popularity and the need for quality content will increase. Since we live in an age of much higher user collaboration including crowdsourcing and open sourcing, the speed at which quality content and VR software will develop is going to be tremendously high. The quality of software for VR is a popular topic among skeptics, but this argument doesn’t hold its weight. Technology might change quickly, but good ideas transcend generations. With so many people coming up with new ideas, content will not be a thorn in VR’s paw. Instead, exciting creative content will continue to come out and put people at the center of an amazing virtual world. When referring to IMAX’s partnership with Google, IMAX’s CEO, Richard L. Gelfond, said “Today’s partnership with Google takes us into the next frontier of immersive experiences – virtual reality – and we look forward to working with them to provide our filmmaker partners and other content creators with a level of VR capture quality not yet seen in this space. VR marks an exciting area of opportunity for IMAX and we believe this agreement, which enables us to participate in image capture and content creation, is an important first step in our broader VR strategy.” With such a powerful force behind VR content creation, VR entertainment is unlikely to fail. We may end up seeing VR entertainment everywhere around us sooner than we think.

When 3D movies first gained some traction they were a huge hit. Even as recently as 2013, 80% of Gravity’s $55.6 million dollar opening weekend revenue came from 3D ticket sales. Despite initial success, there is more dissatisfaction for 3D movies among consumers. The Telegraph reports that “A new study shows that 3D movies have little effect on viewers’ emotional responses”. VR addresses this issue and fills the void that 3D left. Since customers feel less emotionally involved and bored with 3D, virtual reality acts as the natural replacement. There is a sense of thrill and excitement associated with being fully present in an interesting VR movie. Consumers will gladly enjoy an upgrade from 3D since they will have a much greater emotional response with VR. A Stanford study found that people who watched a VR film about the dangers of deforestation used 20% less paper than those who watched a regular movie about the same topic. The study demonstrates that people have a much greater emotional response to VR. By the time virtual reality entertainment loses its initial appeal, more advanced creative content will be available to enhance the VR experience and publicize it a lot more.

People are starting to realize the exciting potential that VR has in entertainment to the point where the world’s first permanent VR theatre opened up in Amsterdam. 23 million Americans have already tried VR headsets in 2015 and that number will only grow. The experience is like no other, and it is very easy to turn non-believers into VR fans. When referring to the extraordinary experience that VR brings, Mike Rothenberg, a well-known venture capitalist, says that “It’s hard for people to write checks for virtual reality until they try it. Then, not that hard”.

More VR cinemas are expected to open up all over Europe, and it is a phenomena that can easily spread all over the world. It is a technology whose entertainment value is becoming more and more sought. In addition, people love seeking out new experiences, and VR’s potential has only just scratched the surface. This would make it a lot less surprising that people might want to pay to get a new kind of experience.

The entertainment possibilities of VR are endless, and people are getting more and more creative. The Void, a fully immersive virtual reality theme park, allows people to go through fun and crazy virtual reality experiences such as shooting aliens. It’s popularity is rapidly growing as Breaking Bad star Aaron Paul said his time there was “easily the greatest experience”.

The attraction has already gained 18,000 facebook likes and is attracting loads of media attention. As a source of entertainment, arcades have become a thing of the past. Instead, a virtual reality theme park can soon become a prime option. The theme park has also announced that it will open its first outpost in Times Square. This phenomenon can spread virally to the point where every major city will have a VR entertainment center. If that ends up being the case, there will be tremendous demand for new content. This demand could create hollywood-like VR content production centers that endlessly provide cool VR experiences.

Often times it seems that experiencing change can throw many people off guard. Our minds can be so stubborn to the point where we miss out on opportunities for new innovation. It’s hard to forget Newsweek’s 1995 article called The Internet? Bah. The author, Clifford Stoll spoke about how “cyberspace could never become the next nirvana”.

It’s natural that some people will be skeptical of technology; especially when it moves so quickly. However, when there is real potential like in the case of VR, it’s best to understand this potential and see the glass as half full. People will continue to oppose change until it is right in front of their faces. The emergence of VR still frightens many who typically prefer to not adopt new technologies. However, the VR viewing experience places a person directly in a movie or experience and allows them to interact with it. This type of potential for great ideas and innovative content can’t be missed. With the fast development of amazing VR material, Mashable’s “11 reasons virtual reality films are still a pretty terrible experience” will be an article we all laugh at in 2020.

One of the most potentially biggest gains for VR is just how accessible it can be. Smartphones can act as a viewing platform for the ever growing number of headsets around the world.

As smartphones become more powerful and VR apps become more adapted towards them, smartphones can eliminate the issues of cables and sweaty foreheads from giant computer processors. Many people worry about the high cost of headsets, but headset prices are dropping with google cardboard going as low as $20. In addition, the growing number of 360 videos that are being produced already provide people with interesting content that they can watch on the go. With this increase in available content, VR entertainment is more likely to thrive around the world.

VR has all of the components to survive in the entertainment world. The largest variable will most likely be the creation of content. However, with so many people around the world coming up with better and better content each day, it won’t be long until all of the VR skeptics will put on a headset and enjoy a video like no one could before.